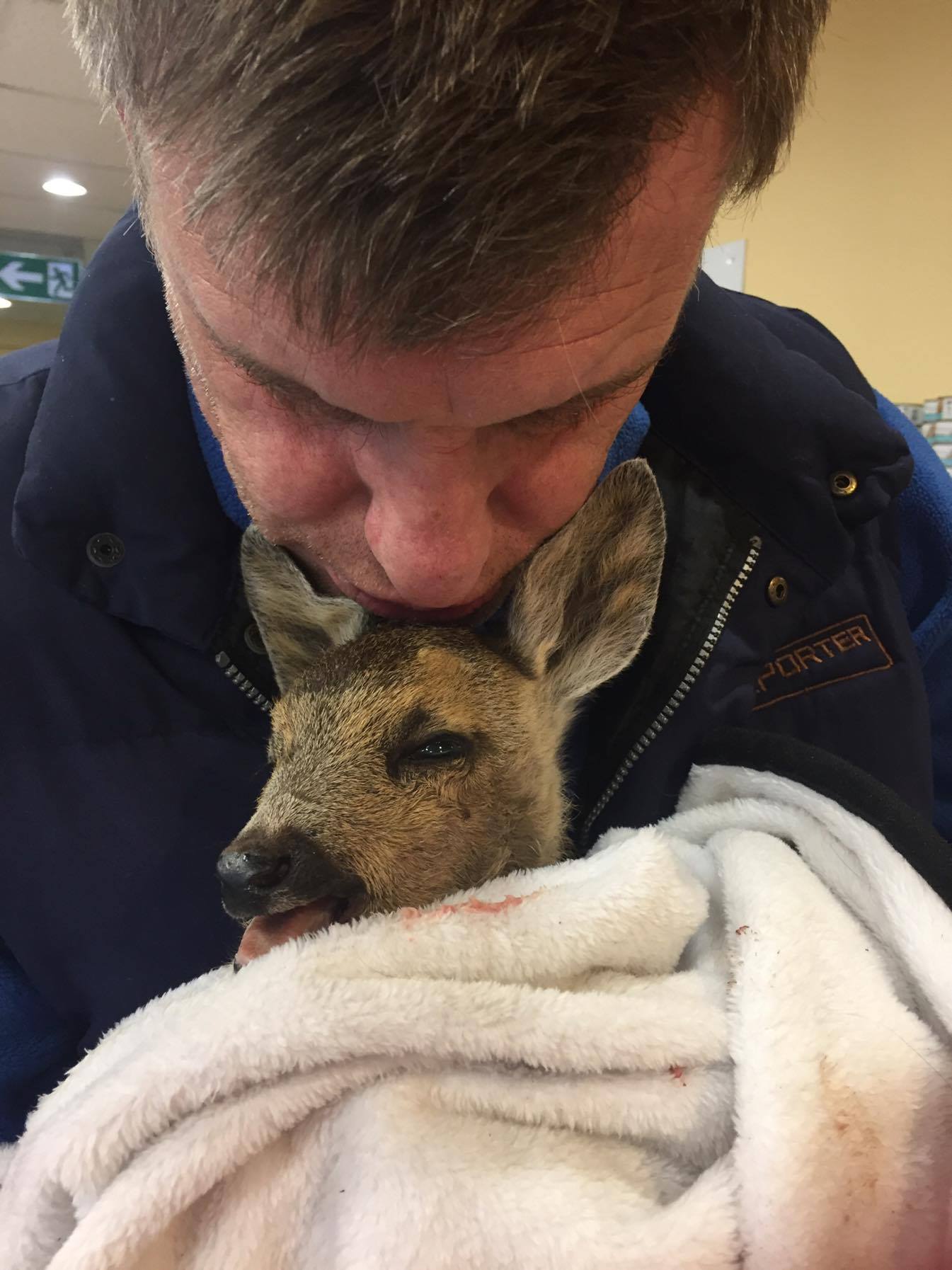 I will never forget! There’s nothing I can do: the baby goat in the town of Paide last year will never stop haunting me and probably is the animal that touched me the most during the past year. As we remember, the baby goat approached humans, stumbling, making wimpish noises, looking for its mother and help as injuries sustained from a car caused it pain and drove it mad…

The modern man, estranged from nature, had no clue as to the blood by the baby goat’s nose or its broken jaw and other injuries and kept on taking selfies. I’m not here to chastise or criticize but all this hullabaloo lasted for no less than three days; you try and stagger along with multiple skull fractures – even now, a year later, I feel a stitch in my heart just thinking about it! That’s rough! Really rough!

This year has been less than favorable to wild animals; especially deer hit by cars where the ones that provided the tone for the end of summer. I don’t have any stories of successful rescues here – they all ended as badly as that of the baby goat.

I will not pull out a tearjerker to beg for donations and will, rather, keep a dull face in mentioning that there’s a pile of bills that needs to be paid. Those who can, will give some, those who are struggling, will not – it’s as simple as that.

Begging good people for money to treat animals and birds is an appeal that will never expire; however, hopefully the Animal Rescue gang can reduce the number of such pleas quite considerably in implementing a few certain ideas. All it takes, of course, is a small miracle: I attend meeting on a daily basis and let’s be honest – no one really gives two hoots about that “damned animal stuff” when it comes to the old greenback! What are my options here – sell a kidney and my left testicle?! I might need the rest of my parts but I think I might do alright without those two!

I hereby ask you to take the time and make a bank transfer as telephone donations are received only the following month. Furthermore, Tele2 customers can start making calls starting from tomorrow or the next day at best.

Those that really do not feel like logging into their online banking system can, of course, pick up the phone and we will indeed be hyper-super-very grateful for that as well. Many thanks to donators and sharers – without you we would be able to help no animals or birds at all! That is as certain as death and taxes! Thank you once again!