Advertise on our vans! 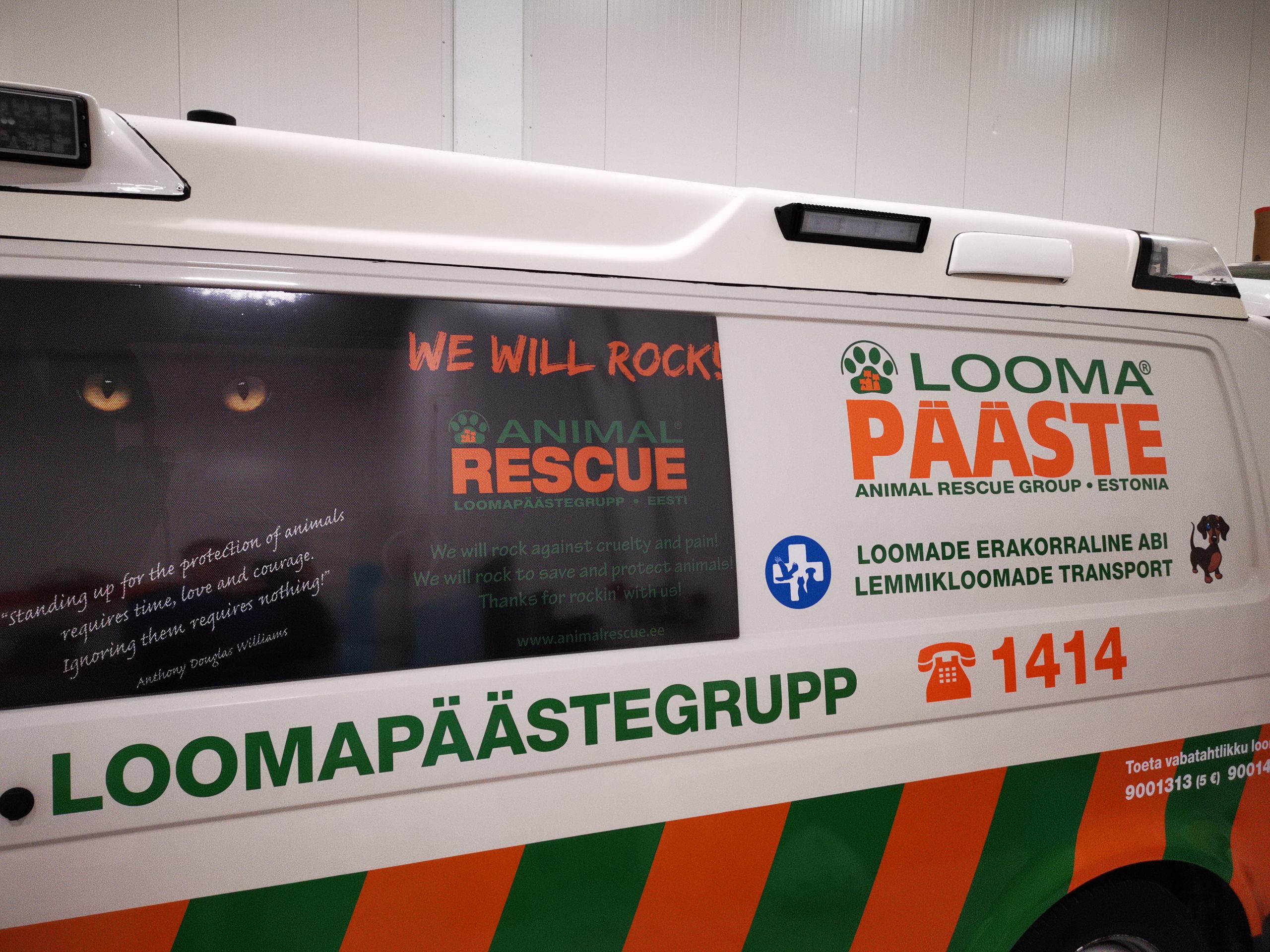 Since there is no official animal treatment foundation in Estonia, most birds and animals injured in traffic are left to die at the roadside. The number of such victims is significant, and the Animal Rescue Group receives tens of calls daily about such traffic accidents. The current harsh reality is that the Rescue Board or Environmental Board specialists who rush to “help” simply take the injured animal out of people’s sight and leave them there to die. “Natural selection,” is what the officials say to justify such ignorance and money-saving policy.

The Animal Rescue Group is trying to change this brutal and abnormal practice and here you, the
advertisement buyer, can help. The association rents and leases 11 former operative vehicles that
used to belong to the Police and Rescue Board. The vans have been specially remodelled, and the
animals are placed away from the driver, ensuring traffic safety. Thanks to the use of non-porous
materials biological safety is also at the maximum level.

The vans are equipped with tools necessary for animal rescue works. Such vehicle fleet is unique in
Europe. Perhaps this is partially, in addition to rescuing animals, the reason why the Animal Rescue

Group also gains a lot of heightened media attention and why we are anticipated guests at different
events and Estonian schools. 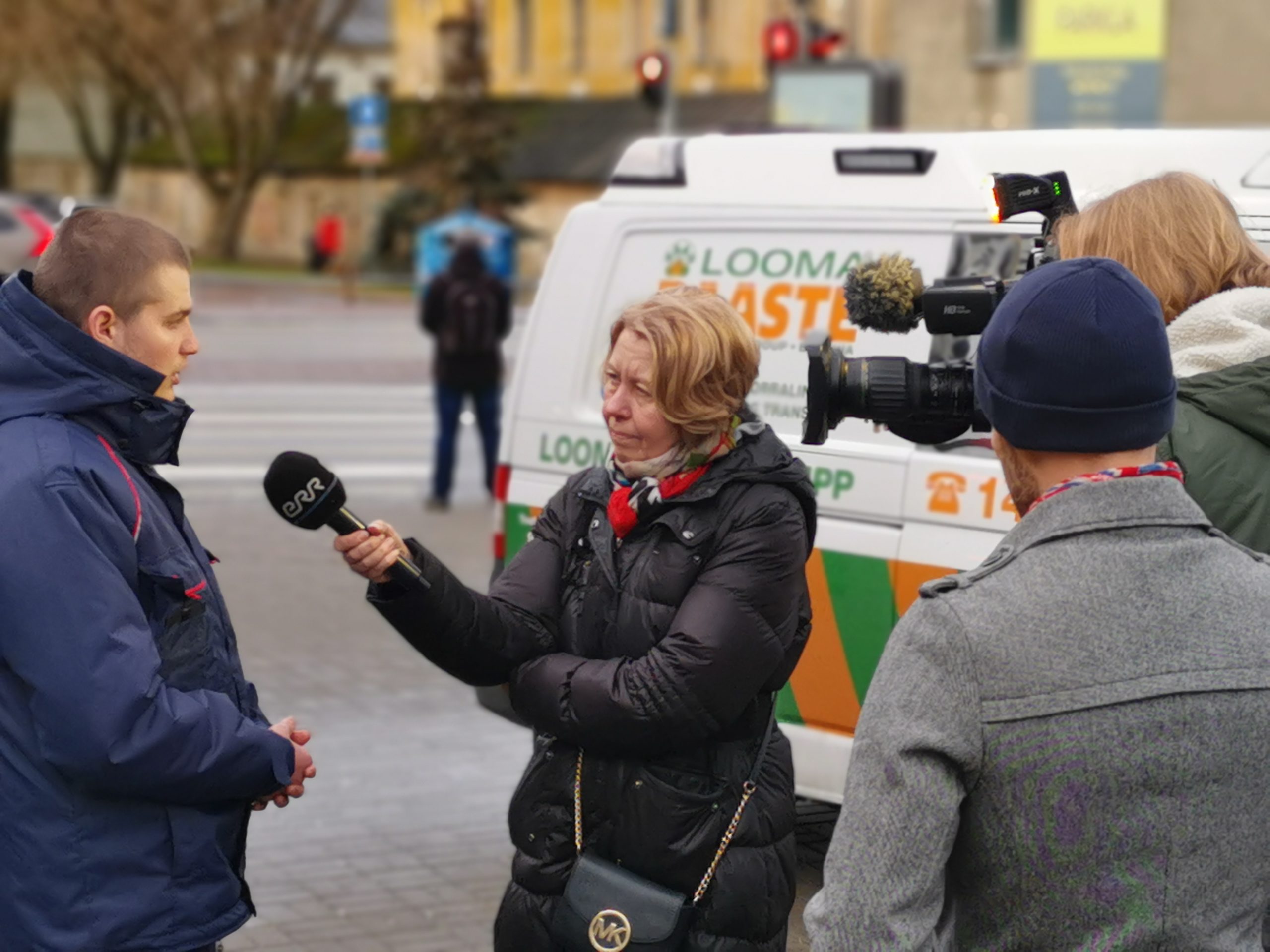 Why buy advertising on the Animal Rescue Group operative vehicles? Our outstanding rescue vans
move across the country and they carry a positive message that we care about the nature and value
the lives of other species. Tolerating the suffering of animals means approving cruelty as a societal
norm and in a civilised world more and more people and companies are against such brutality.

We do not use salesman’s tricks and randomly ensure that several hundred thousand pairs of eyes
will see your advertisement on our vans in a minute, hour or a month. Instead, we claim that the
support from your company will not go unnoticed in the society and by investing into our advertisement solution you will gain an active marketing channel for the ordered period, and a
reputation of someone who cares for nature and animals for a considerably longer period.

Our highways are becoming smoother and wider. The number of vehicles is growing, and they are
becoming quieter and faster. All this is good news for people, but for animals, unfortunately all this
means pain, torture and often also death. Their only hope for treatment and life lies in the hands of
good people and conscientious companies.

Do not consider this advertisement purchase an investment. Consider it a good deed for animals, birds and nature!

Order your company’s advertisement on the Animal Rescue Group’s operative vehicle and gain the reputation of an animal friend for the rest of your life!